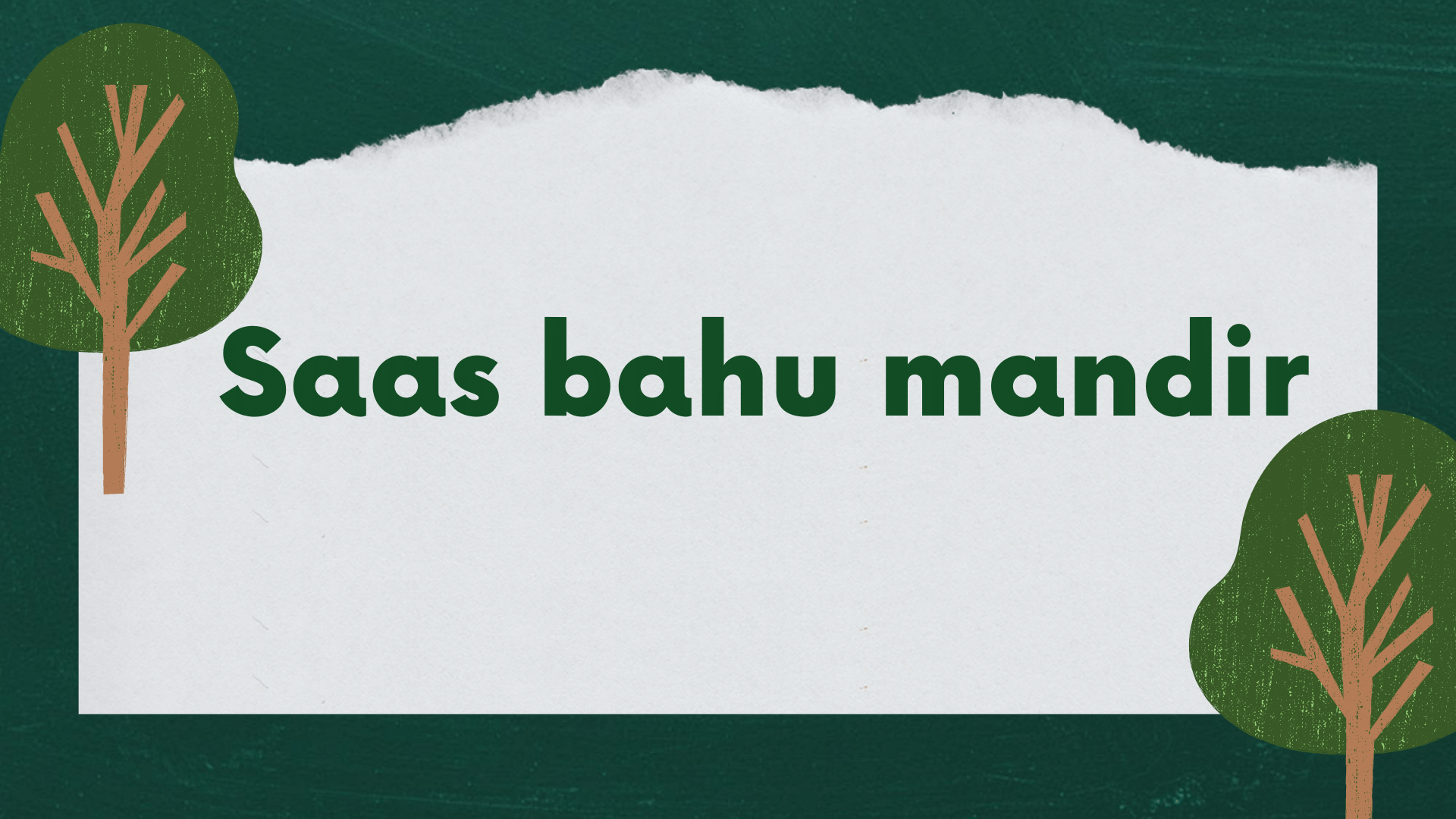 India is a diverse country with many different faiths and religions. Many temples dedicated to gods and deities can be found in India. There are an untold number of gods and goddesses, each with their own names and temples that tell their fascinating stories through their names and architecture.

There are numerous temples dedicated to Lord Shiva, Lord Krishna, Lord Vishnu, and other gods in Udaipur. The Sahastra Bahu Temple is one of Udaipur’s most beautiful temples. Sahastra Bahu Mandir, also known as the Saas-Bahu Mandir, is a fascinating destination to visit. The term itself arouses enough attention in the public.

The Sahastra Bahu temples, also known as the Saas bahu mandir, are a pair of late 10th-century Hindu temples dedicated to Veerabadra in Nagda, Rajasthan. This wonderful antiquity can be found midway between Udaipur and Nathdwara, adjacent to Bagela Lake, in the Aravalli mountain range. A group of 108 temples is located in the area, which is peppered with attractive locations. They are similar in architecture and share a platform facing the temple tank, but one is slightly larger than the other. The larger shrine is surrounded by ten subsidiary shrines, while the smaller shrine is encircled by four, only the bases of several of these remained. The temples have many features with slightly later Mru-Gurjara architecture, although they lack others, particularly in terms of layout and exterior sculpture.

Locals refer to them as Saas Bahu mandir (a local corruption of the original Sahastra-Bahu, meaning “One with thousand arms”, a form of Vishnu).

Nagda was originally a significant Mewar city, likely the capital of one of the kingdom’s rulers where this temple is located.

Both temples contain an open porch, a sanctuary, and a mandapa with side projections. Their shikharas are made of brick and have numerous subsidiary turrets. The smaller temple has been mostly restored, but the larger one is still incomplete. A Torana-style entrance screen with four columns and a beautiful cusped arch in the centre is located beneath the platform.

A painting of lotus flowers may be seen on the temple’s rooftop. In 1226, Iltutmish (the Delhi ruler at the time) devastated Nagda.

The temples are listed as historic monuments by the Archaeological Survey of India.

According to historical sources, there are no temples dedicated to the saas (mother-in-law) and bahu (wife) (daughter-in-law). They were built by a certain ruler Mahapala of the Kachchhwaha Dynasty probably in the 10th or 11th century A.D.

It is widely believed that Mahapala’s queen was a devotee of Lord Vishnu. The monarch was gracious enough to build a temple for his wife so that she may worship her favourite god. Later, the royal prince married a Lord Shiva worshipper as his bride. As a result, a new Lord Shiva temple was built next to the Vishnu temple for the daughter-in-law.

Because Lord Vishnu’s temple was the first to be completed, it was given the name Sahastrabahu Temple, which means “one with a thousand arms,” a common synonym for Lord Vishnu. Later on, however, the twin temples were renamed, Sahastrabahu Temple. Due to the origin of the temple, the name became perverted over time, and the temple became known as Saas-Bahu Mandir. The Saas temple appears to be far larger than the other shrines.

The temple’s main entrance is adorned with beautifully carved lintels and a multi-lobed arch in the centre. The motifs of the Lotus flower are painted on the temple’s roof. Both temples are built of granite and feature a shrine, as well as a columned prayer hall known as a mandapa and a porch. The octagonal roof of the ‘Bahu’ temple, which is slightly smaller than the ‘Saas’ temple, is embellished with eight beautifully carved female figures.

Unfortunately, a substantial portion of the temple remains in ruins due to mediaeval invasions by brutal conquerors. The temple building, however, is still very much excellent, even after the ravages of time. The Sahastra Bahu Temple’s sprawling campus stretches 22 metres in width and 32 metres in length.

Both temples were constructed in the traditional manner and face east. The façade of the ‘Saas’ temple has a ‘Torana’ (archway). Various scenes from the mythical Ramayana are depicted on the temple’s walls. The sculptures are constructed in two steps and are arranged so that one encircles the other. The temple facility features three doors facing three different ways, as well as a room in the fourth direction that is generally closed for visitors. The idols of Goddess Saraswati, Lord Brahma, and Lord Vishnu can be found on the entrance door.

On one platform, figures of Lord Brahma, Shiva, and Vishnu are sculpted, while on another, images of Rama, Balrama, and Parashurama are sculpted. It was established by King Mahapala in the 10th century AD and features a cluster of temples devoted to Lord Vishnu. The temples have withstood the ravages of time and the passage of time, and their architecture continues to be admired. The Archaeological Survey of India has listed the Sahastra Bahu temples as Heritage Monuments.

How to reach Sahastra Bahu Mandir

The Saas Bahu Temple is not a well-known tourist attraction in Rajasthan. Maharana Pratap Airport in Udaipur is the closest airport to the Sahastra Bahu Temples. Udaipur railway station is the closest railway station. It is possible for tourists to take private or public buses from both the airport and the railway station. They can even take a taxi or a cab. It’s an excellent idea to stop by here on your way to the famous Eklingji Temple. The location is 2 kilometres off NH 8 in Town Nagda and is best reached via cab.

Adbhut Ji Temple: 500 metres from the Saas Bahu mandir is the Adbhut Ji Temple, a Jain temple. Rana Kumbha erected the temple, which is dedicated to Jain Saint Shanti Nath. The Adbhut Ji Temple is known for its odd 9-foot-tall idol, hence the name Adbhuth. The temple was destroyed by foreign invaders, but the remnants speak volumes about the art and architecture that once existed there.