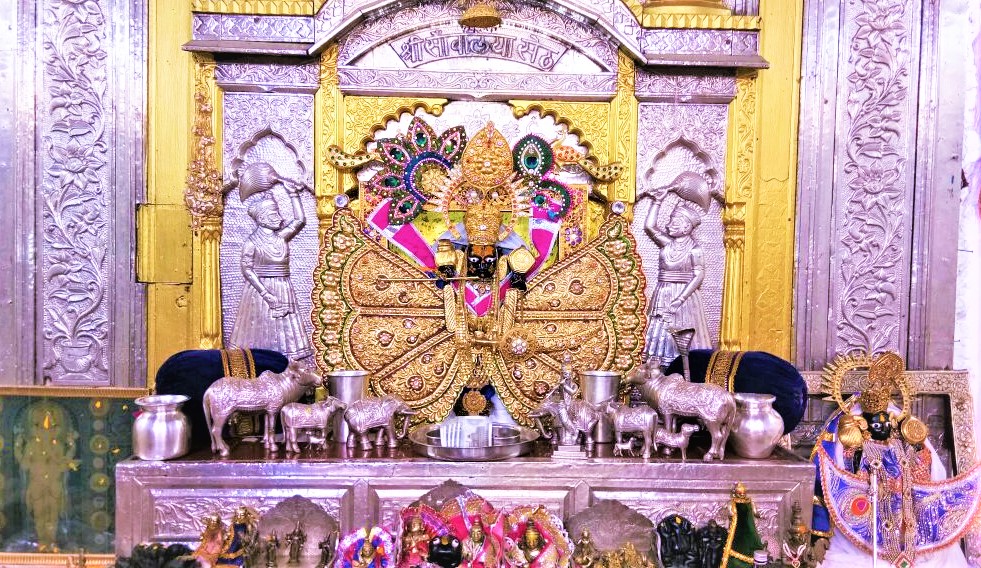 According to locals, in the year 1840, a milkman named Bholaram Gurjar dreamed of three divine idols buried underground in the Chapar village of Bhadsoda-Bagund; upon excavating the site, three beautiful idols of Lord Krishna were discovered, as revealed in the dream. One of the statues was taken to Mandaphiya, another to Bhadsoda, and the third remained at Chapar, where it was discovered. All three locations were turned into temples. These three temples are all within a 5-kilometre radius of one another. Sanwaliya Ji’s three temples became well-known, and devotees have been flocking to them ever since. Mandaphiya Temple is known as the Sanwaliya Ji Dham among these three temples (abode of Sanwaliya).

Mandaphiya, located 40 kilometres from Chittorgarh, the historic city of valour and devotion, is now known as Shri Sanwaliya Dham (the residence of Lord Krishna) and is second only to Shri Nathdwara among Vaishnav sect followers. When people visit Shri Sanwaliya Seth’s Darbar, they believe that all of their wishes are granted.

Three statues of Lord Krishna emerged from there in 1840 when he dug the acorn of Acacia that was impeding the construction of a raw road to be torn from Udaipur at the time of the then Mewar state.

These statues, according to Kivandati, was invited by Naga monks who were hiding in the ground here for fear of the invaders. In Kalantar, an acacia tree grew. While digging for the tree’s roots, the workers notice the hidden three beautiful avam adorable statues of Mr Sanwaliyaji in the geology. And the locals were overjoyed.